The Amazing Spider-man: Reboot This! 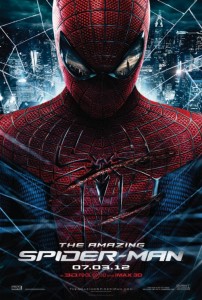 It’s a foregone conclusion that the major Hollywood studios responsible for the majority of what floats across multiplex screens look no further than what they already own for the next blockbuster. That’s why the summer movie season is often a bottomless pit of prequels, sequels, remakes and reboots.

To a certain degree I can understand why remakes happen, and even at the frequency in which they occur. Generations pass, technology advances and you could almost grasp the logic of re-imagining a particular title, especially if it struck gold the first time.

But what of the Hollywood phenomenon known as the reboot? A reboot is exactly that: a simultaneous re-launching of an established and previously-successful brand with a tonal shift to acknowledge (pander to) contemporary style trends.

In theory, there’s nothing wrong with that either. Many great franchises were re-launched after years of being dormant. Take Batman and Robin (1997) for example. The Joel Schumacher-led sequel, with it’s awful one-liners and Bat-nipples left such a cinematic skid mark, the only possible way to make another Batman movie was to mercy kill the whole thing and start over, which is why Christopher Nolan’s Batman Begins (2005) and his subsequent The Dark Knight (2008) were so well-received.

When it works, it works. And it generally works because the tonal reboots says to fans first and foremost, “Hey, we realize we blew it and we’d love a chance for you to come back.”

So how exactly to explain The Amazing Spider-Man? Technically, it’s Sony’s fourth movie in the Spider-Man saga. It follows three very successful films directed by Sam Raimi. Granted, Spider-Man 3 (2007) was a creative mess that seemed more concerned with selling action figures than telling a good story. But the movie did rake in three quarters of a billion dollars at the global box office. By all accounts, it was a success.

If Sony wanted to just contemporize the tone and go in a different creative direction, that’s all they had to do. But instead, when The Amazing Spider-Man bowed, moviegoers were treated to Spidey’s origin once again, despite the fact that the story had been told quite effectively in Raimi’s 2002 original.

Do the math on that. Sony thought so much of their devoted fan base that they spent half of the fourth movie retelling the first one, effectively nullifying the first trilogy.

Defenders of the film will point out that the filmmakers didn’t do anything that the producers of Casino Royale (2006) and Star Trek (2009) didn’t do. But there’s a difference. Casino Royale was the 21st James Bond film and Daniel Craig was the sixth actor to portray the deadly spy. Sure, they went back to establish how he became a double O agent, but if memory serves, that entire subplot took all of about five minutes. Star Trek waited 15 years after the final appearance of any of the original cast members in a film.

But if you’re still not convinced how little Sony thinks of you, even while it shakes you upside down to get every last cent, consider this: One would think that when a studio spends $200 million on a major summer release, that they would try to give the audience something to look forward to.

But in the days prior to The Amazing Spider-Man’s release, a 25-minute video clip went viral on the internet. It was a fairly complete abridged version of the film cut together by an amateur editor who used only footage from the trailers and clips released by Sony itself to promote the film.

25 minutes. That’s almost a fourth of the entire movie, and I’m not talking about disconnected images that would ultimately mean something altogether different during the film.

No, I’m talking about complete scenes: every single dramatic beat, every reveal, every conflict, every subplot, every money shot, down to the crashing tower from the finale, and scenes from the funeral that closed out the film. The best scene in the whole film, a tense bridge rescue, was shown in its entirety as a 4-minute “super preview” on a network show. They even revealed footage from the “surprise” scene featured within the closing credits in the trailer.

Frankly, I’ve never seen such an egregious and obnoxious lack of respect shown to a paying audience.

The relationship between the major studios and the average filmgoer is abusive at best. Hollywood truly does think we’re stupid. And maybe we are. The Amazing Spider-Man made $400 million globally during its first two weeks. They treat us like we’re idiots and we respond by saying “Thank you, can I have more butter on my popcorn, please?”

In stark contrast, Christopher Nolan’s final chapter of his Batman trilogy, The Dark Knight Rises, might have posted half a dozen trailers and endless production images, but up until a week before it opened, nobody even knew what the story was. Now that’s how to sell a film. Give us all the unconnected images and explosions you want, but limit the dialogue and story points as to what it all means. It’s really not that difficult.

Amusingly enough, it was David Letterman who stirred the pot by blurting out the ending while interviewing Anne Hathaway. The good-natured actress, promoting her appearance as Catwoman, was visibly shocked but Letterman just laughed it off in stride.

Come to think of it, if he ever decided to run a movie studio, he’d fit right in.

Dennis Willis hosts the Flick Nation Radio show, a weekly 1-hour look at the entertainment industry from the inside out. He also hosts the weekly syndicated feature Flick Nation: Home Media Guide, and is the Afternoon News film critic on KGO Radio in San Francisco. He is the author of American Popcorn: Hollywood and the War on Common Sense and the Flick Nation Movie Guides.