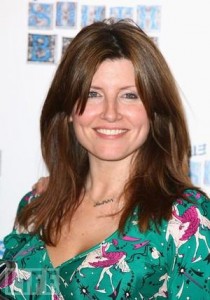 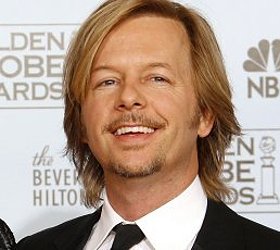 Flick Nation has learned that comic veteran David Spade will head to ABC next fall to co-star in Bad Management, a single camera comedy meant as a showcase for Irish comedian Sharon Horgan.

The official description: Eve (Horgan) finds herself in a quiet war on the floor of Eastmore’s Department Store — and the opposing general is the boss’s son…

The heir apparent at Eastmore’s Department Store, he’s the son of the owner and is a devilishly handsome brat with a well-earned reputation as a womanizer. He’s failed at all his attempts to make it on his own in business, but even so he’s got a super sized ego –much bigger than he’s earned – because he’s got a back up plan… his dad’s business. And now that his dad has placed him in charge of the Sound and Vision (Electronics) department of the store, Tobias Junior is determined to make the store sexier, because sex sells. Plus, that’s the kind of working arrangement in which he thrives.

Believing Eve is a little too haggard and past-it to be in charge of the Luxury Goods department, Tobias Junior starts hiring sexy young things that he can sleep with-and who’ll make Eve look even older by comparison…