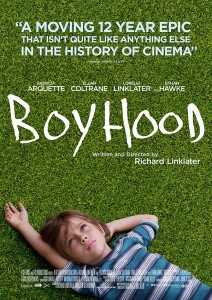 So, if you’re thinking of seeing the movie this weekend, make sure you buy the right ticket!