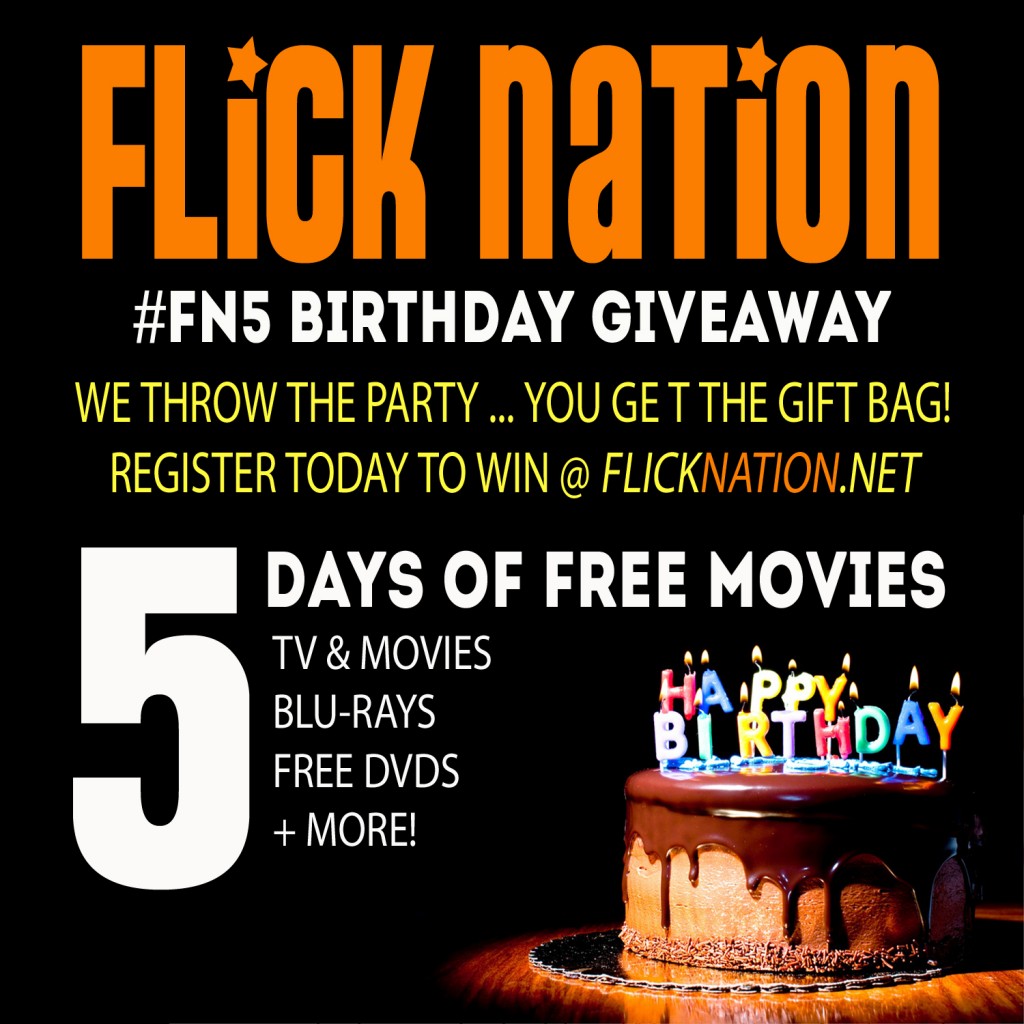 WE THROW THE PARTY … YOU GET THE GIFT BAG!

Flick Nation was born on September 23, 2009 – and to commemorate our fifth anniversary, we are hooking you up with MOVIES!

Enter at the bottom of the page and we’ll pick names up to five times a day until October 1st. Feel free to send along a birthday greeting, or share your comments … or even tell us what kind of movie or TV show you love!

Thank you for your support!