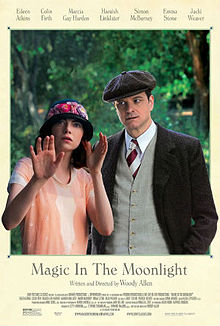 Say what you will about Woody Allen, but the auteur isn’t exactly lazy. In fact, unlike any other filmmaker of his  – or any other – generation, he has regularly cranked out films once a year for just about the last five decades.

Sometimes the movies are hits (Midnight in Paris), sometimes not (Magic in the Moonlight). Sometimes they slip under the radar (Cassandra’s Dream), and sometimes they win Academy Awards (Blue Jasmine). With the announcement that Allen will now create his first TV series for Amazon Instant Video, he becomes the latest major filmmaker to shift from the theatrical model to TV.

And he won’t just be overseeing the enterprise, he will write and direct every episode. 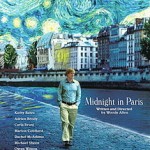 “I don’t know how I got into this. I have no ideas and I’m not sure where to begin,” said Allen. “My guess is that Roy Price (Vice President of Amazon Studios) will regret this.”

Probably not. With the surprise wins for Transparent at the Golden Globes, and the rising critical tide for streaming programs such as House of Cards and Orange is the New Black (both Netflix), the stage has been set for a new era of TV dominance.

Yes, the good stories are now being told on the small screen. And yes, the era of the Big Four networks is coming to a close.

In years past, Martin Scorsese, Steven Soderbergh, and David Fincher have embraced long-form storytelling on the small screen, putting Allen in good company. What filmmakers will be next?