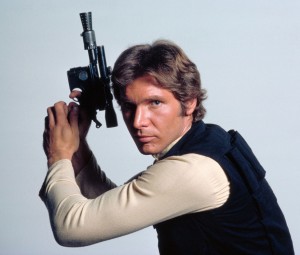 Things are about to get zany in the world of the Star Wars franchise and frankly, I’m not sure how I feel about it. Today on StarWars.Com news broke that filmmaking duo Christopher Miller and Phil Lord, two of the hottest directors (one of the hottest directors? Do the two equal one? I’m confused.) have been hired on to direct the Han Solo standalone feature. Hmmm.

While undoubtedly it’s silly of me to question:

A) The Star Wars people as they’ve given no indication of bungling these new films thus far.
B) The Disney people who simply have way, way too much money riding on this acquisition to screw it up.
C) Lord and Miller who are the brains behind films and projects that shouldn’t work at all such as the 21 Jump Street and 22 Jump Street, The Lego Movie and FOX Television’s hilarious Last Man on Earth, but still….hmmm.

On one hand, I’m thrilled everyone’s favorite Star Wars character is getting a standalone film. Even though it was a forgone conclusion, it’s nice to see it being moved forward. On the other hand, it’s an “origin story” and let’s be honest: Harrison Ford is Han Solo. Which up and coming whippersnapper will be picked to portray young Harri…err…Han? How will he ever get out from under that shadow?

Then, on the other hand the film is being written by Lawrence and Jon Kasdan, the former of whom, of course, wrote The Empire Strikes Back (to be fair, the latter wrote some Dawson’s Creek episodes). 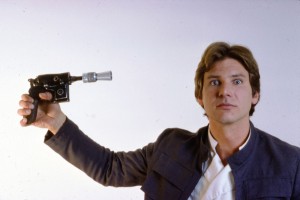 But the biggest question mark I have is in regards to the tone of this film. Lord and Miller are pretty off the wall and Lawrence Kasdan, aside from Dreamcatcher, isn’t known for being a comedy writer or one whose chops lend themselves to the wacky. (Yes, I know Dreamcatcher wasn’t intentionally a comedy).

Perhaps this is Lord and Miller trying their hand at a straight up adventure with some comedy undertones? Only time will tell. What do you all think?