Awesome Movie “One & Two” Gets Trailered

Back in March, Andrew Droz Palermo’s outstanding film One & Two kind of slipped past most people’s radar. That’s a real shame because between this film and his truly fantastic documentary Rich Hill (which is streaming on Netflix now so, get to it!) this guy is someone to watch.

Well, thankfully One & Two didn’t slip by the people over at IFC Midnight who snapped up this super cool sci-fi/drama and are releasing it August 14. They even made a trailer that, while a bit spoilery shows you what you can expect and hopefully not miss. 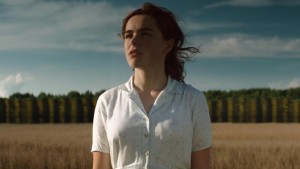 Here’s more info…
In the confines of their isolated world, Zac and Eva (Timothée Chalamet of Homeland and Kiernan Shipka of Mad Men) live under the constant watch of a father (Grant Bowler, True Blood) that rules with strict routine and discipline. They live for nightfall — for moments of escape — and rely on each other for moments of levity.
After a long dormant illness returns, their mother (Elizabeth Reaser, THE TWILIGHT SAGA), once a beacon of light and joy, struggles to unite the family in an increasingly somber home. As their father searches for a divine answer to the heartbreaking circumstances of his crumbling world, Zac and Eva steal moments to explore burgeoning otherworldly abilities and to dream of a life free of limitations.