Is The Gunslinger Really Coming to the Big (and Little) Screen?

Home » Article » Is The Gunslinger Really Coming to the Big (and Little) Screen?

I’m a really, really big Stephen King fan. As such it’s been a pretty tumultuous few years in terms of his movie projects. The Carrie remake wasn’t very good and then all us King fans had the rug pulled out from under us when Cary Fukunaga jumped ship on the It adaptation.

But on the plus side, Josh Boone (The Fault in Our Stars) is all over doing The Stand and as such it seems headed in the right direction. Now news of The Gunslinger coming to the big screen seems more realistic than it has for a while. 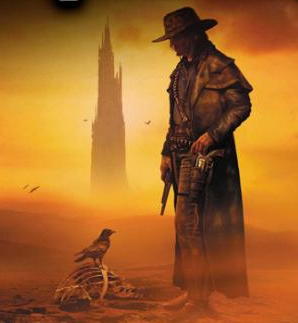 Today Deadline broke the news that Nikolaj Arcel (writer of A Royal Affair and The Girl With the Dragon Tattoo) has signed on to write the film as well as direct it with Ron Howard and Stephen King producing. Not only that but the film will follow the lead of The Stand in that it will be a pay-TV show (think HBO or Showtime) as well as a few movies. Kind of like X-Files and the later Star Trek films but really, more like WWE pay-per-view. What I mean is, the television series (for both) will likely set up the bigger set-piece payoffs in the films and I think that’s brilliant. Why truncate the excellent King back stories and character developments he crafts so well just to try and fit in a theatrical box?

So, I’m cautiously optimistic about The Gunslinger as we’ve all been down this false start path before. But if this comes through maybe my dream of a The Talisman franchise can be realized as well…