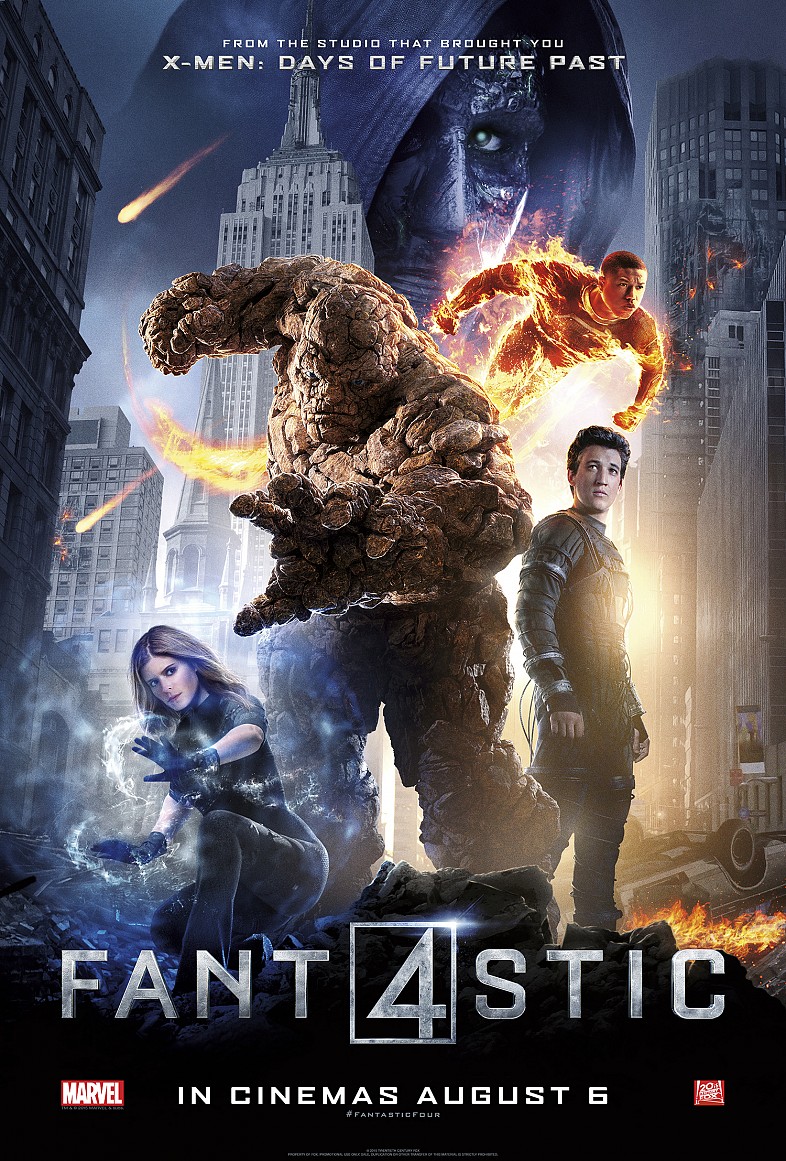 As the new Fantastic Four begins, focusing on young genius Reed Richards in middle school, it almost has a sense of wonder. It seems to come right out of those old 1980s movies in which kids on summer vacation with limitless imagination could do just about anything, movies like Explorers, The Goonies, or Space Camp (a mood that J.J. Abrams tried to pay homage to with his Super 8).

As the characters grow up, that mood continues a little. Unfortunately, by the movie’s end, it has been squelched altogether. Aided by pal Ben Grimm (Jamie Bell), whose squabbling, low-class family owns a junkyard, Reed (Miles Teller) invents what he thinks is a teleportation device, but he actually opens a door to a different dimension. They bring it to the science fair, where it impresses Dr. Franklin Storm (Reg E. Cathey) of the Baxter Institute.

He offers Reed admission to the school (no one seems to care that poor Ben has to go back home to the junkyard), where the young genius can continue his research. He will be aided by two more geniuses: Dr. Storm’s adopted daughter Sue (Kate Mara), who specializes in pattern recognition, and the brooding, snooty Victor Von Doom (Toby Kebbell). Meanwhile, Dr. Storm has a son, Johnny Storm (Michael B. Jordan), who loves to build cars and race them. After an expensive crash and a broken arm, Johnny must work at the lab to make up for it. After much tinkering, coffee-drinking, labcoat-wearing, and sleeping at desks, the device is finished, and is immediately threatened by government agents (represented, mainly, by Tim Blake Nelson in full-on weasel mode).

After a few drinks and a phone call to Ben, the four guys try out the machine, teleporting themselves to the new dimension. (I guess Sue is too responsible to join them.) Something goes wrong, and, upon returning, Johnny, Reed, and Ben have their new superpowers, and Sue, who has returned to the lab to stop all this, is likewise exposed. (No mention is made of Doom; he’s forgotten for the time being.)

And at last, it’s superhero time! But don’t get too excited. We still have a long sequence of arguing and testing. Reed feels responsible for the accident and runs away like a little girl, spending several months in hiding. Meanwhile, Ben (now an orange, powerful, rocky giant), Johnny (a human torch), and Sue (who can turn herself invisible and also use invisible shields to protect and attack) are trained as military weapons. It takes forever for Reed (now a stretchy, elastic man), to return, and for Dr. Doom to start the process of taking over the world. It seems as if the first battle, and the Fantastic Four setting aside their differences to fight for the common good, all come in about the film’s final 10 minutes.

It’s all so truncated and forced that it renders everything empty and obligatory. It might have been better if the characters had just stayed nerds and never left the lab. Director Josh Trank is another in a current trend of low-budget filmmakers suddenly given monumental budgets. It worked in the case of Colin Trevorrow, whose hit Jurassic World cost about 253 times more than his terrific debut feature Safety Not Guaranteed.

But Trank, who made the found-footage Chronicle, also about superpowers, seems to have been stymied by Fantastic Four. It’s not that the movie looks bad. It has a nifty design, crossing a homemade garage lab with sleek, gray computers. He chooses clean angles and generally has a sense of space and timing. His casting is daring, giving us a non-white Human Torch (Michael B. Jordan, who effectively carried the difficult material of Fruitvale Station) and not even mentioning it, except in one scene where Sue explains that she’s adopted. 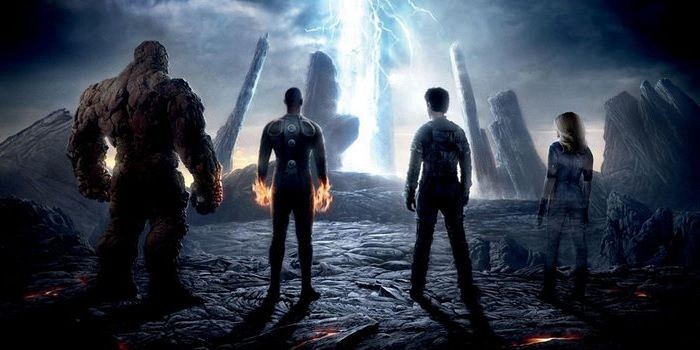 Kate Mara seems to have been cast for reasons other than how she looks in a body suit. But something is wrong. Not even a great actor like Miles Teller, who had a Brando-like intensity in The Spectacular Now and Whiplash, can keep from occasionally looking bored here. At their most lethargic, the actors have a penchant for letting two separate lines of dialogue run together as if murmuring in their sleep. I think I like this Fantastic Four better than the previous incarnations, which include Tim Story’s lame Fantastic 4 (2005) and Fantastic 4: Rise of the Silver Surfer (2007); however, the plastic casting in those movies at least had a lower threshold of expectation.

This one tries harder and falls farther. But what really sticks out is a general mood that recalls the first feature film made from Stan Lee and Jack Kirby’s comic, the low-budget, Roger Corman-produced The Fantastic Four (1994). That movie, basically, was made for contractual reasons rather than creative ones and was never officially released. It wouldn’t be too crazy to guess that this movie, too, was someone’s business decision.

To date, not one artist has ever had much of an idea how to make these characters work on the screen as well as they did in the comics. It makes one wonder if, to make a rather obvious connection, this franchise is doomed.