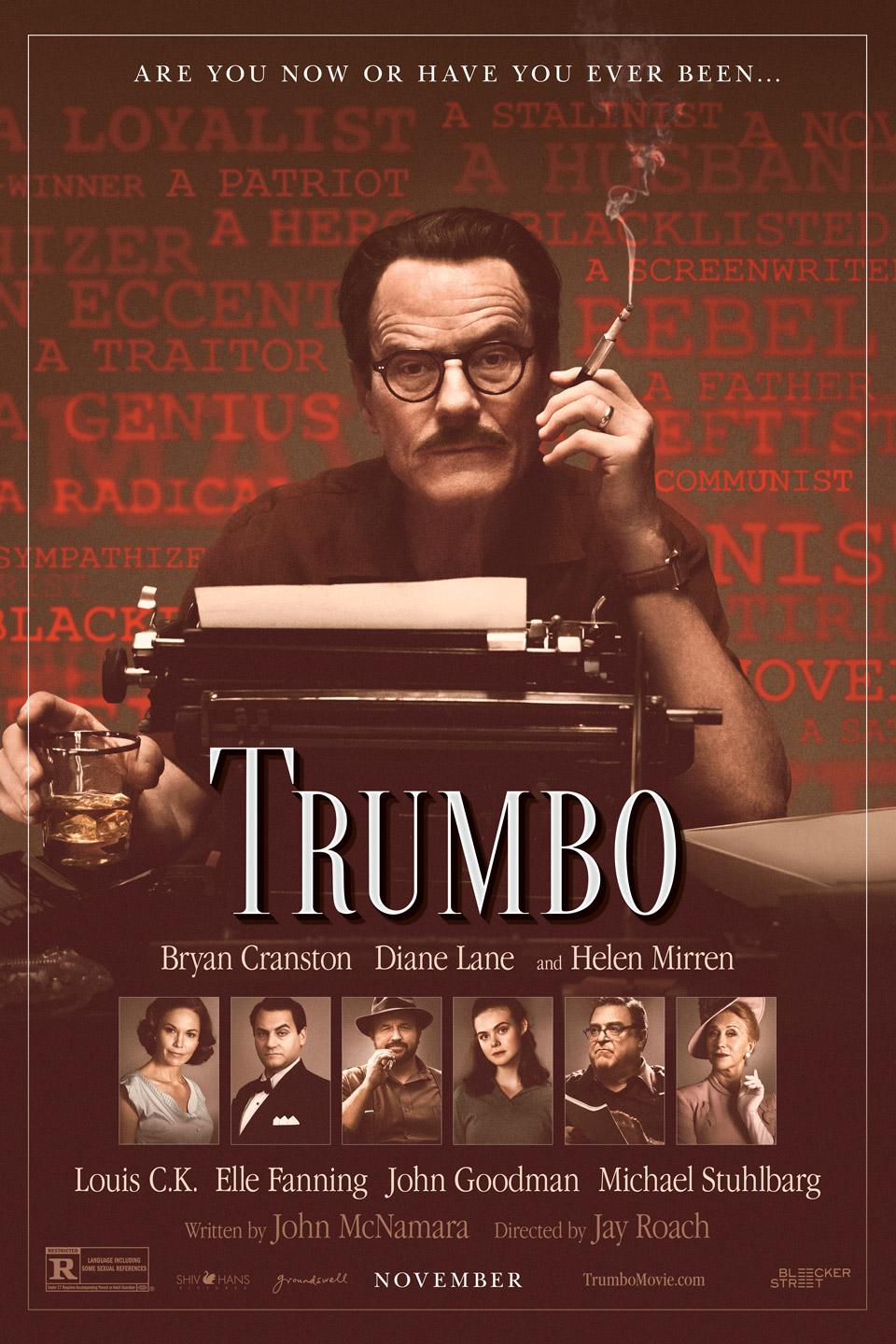 A real dark spot on American history that also heavily affected Hollywood was the Blacklist in the 1940s. That was that thing where you had to swear you weren’t a communist and even if you did, rumor mongering, politics and plain ole racism could get you blacklisted in Hollywood which meant you’d never work again.

Screenwriter Dalton Trumbo (Spartacus, Roman Holiday, Thirty Seconds Over Tokyo, just to name a few credits) was one of the most famous Hollywood types to get blacklisted and his story has been told a few times onscreen with the film One of the Hollywood Ten in 2000 and Witness 11 in 2012. Now Dalton Trumbo is being played by Bryan Cranston who’s general popularity should do a lot to get Trumbo’s terrifying and true tale out into the world.

Jay Roach (Meet the Fockers, the Austin Powers trilogy) directs the film and it opens November 6. More info here:
The successful career of 1940s screenwriter Dalton Trumbo (Bryan Cranston) comes to a crushing end when he and other Hollywood figures are blacklisted for their political beliefs. TRUMBO tells the story of his fight against the U.S. government and studio bosses in a war over words and freedom, which entangled everyone in Hollywood from Hedda Hopper (Helen Mirren) and John Wayne to Kirk Douglas and Otto Preminger.