I consider myself one of the biggest Noah Baumbach fans around. In fact his first film Kicking and Screaming (the 1995 comedy, not the idiotic Will Ferrel soccer movie) is one of the big reasons I got into filmmaking and screenwriting. Like any filmmaker who’s constantly working, Baumbach has some films I didn’t connect with including Mr. Jealousy and Margot at the Wedding but even those films had some terrific moments. For the most part, I’m pretty partial to anything Baumbach does.

Baumbach really took center stage when he started writing alongside Wes Anderson in The Life Aquatic With Steve Zissou and Fantastic Mr. Fox and his gift at writing snappy yet stark, emotionally heavy yet seemingly flippant dialogue really added a lot to Andersons work. (He also wrote Madagascar 3: Europe’s Most Wanted, go figure). One of his many gifts in terms of writing is one-liners that come off as almost a throwaway line but when given a few extra moments of thought, carry immense weight that tells you everything you need to know about a character. By way of example; in The Life Aquatic With Steve Zissou there’s a scene between Cate Blanchett’s character Jane Winslett-Richardson where she remarks about her unborn son “In twelve years, he’ll be eleven and a half” to which Zissou pauses and says “that was my favorite age.” That’s just brilliant and if you’ve seen the film you know how touching the moment is.

So, yeah. I’m a fan. I’m also a fan of most of his latest film Mistress America which he directed and co-wrote alongside his beau, the magical Greta Gerwig who also co-stars as Brooke Cardenas, a spectacular character with oceans of depth that I will get to in a moment. First, the backstory.

As Mistress America opens we meet Tracy (Lola Kirke) who is off alone for the first time in her life studying writing in upstate New York. As with many freshman, the college experience can be one where you dive in headlong and live life to its fullest or, dip a toe casually in the current while mostly hiding out in your dorm room. Tracy chooses the latter until she decides to strike up a friendship with her soon-to-be-stepsister, Brooke in glorious New York City. 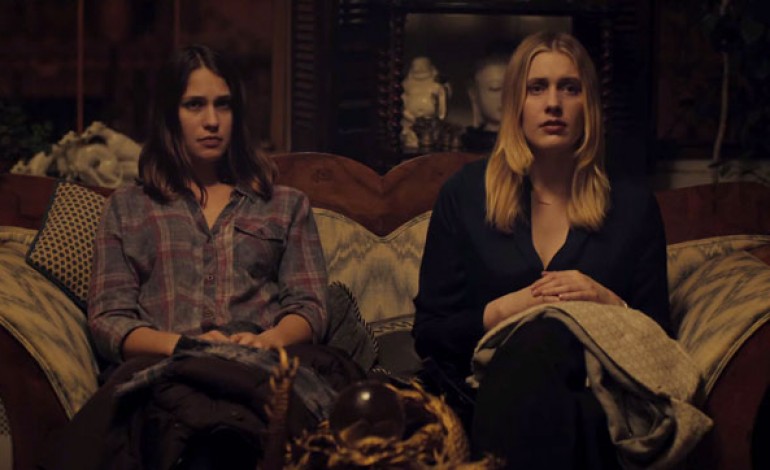 While Kirke does a nice job portraying the little lost freshman for the first part of the film, it’s all a lead-in to the arrival of Gerwig’s Brooke who, once she hits the screen, makes the movie kick into a higher gear on every level. This is a character we’ve all met. A whirlybird of activity, a deep well of creativity, a non-stop know-it-all who doesn’t seem to take life too seriously but also wants to be going places. She’s also almost totally full of shit and anyone who spends more than five minutes with her will realize this but, her personality is so electric, her ever flowing range of ideas of things to do so doable, her awkward yet adorable stature so attractive, she makes people want to follow her. She’s sort of an older, female version of Max Fischer from Rushmore complete with simmering anger issues and rarely letting go of conflicts be they real or made up.

Like a riptide pulling an unsuspecting swimmer out to sea, Tracy quickly settles in to Brooke’s wake. She becomes her minion and sort of “straight guy” (in comedy terms) to Brooke’s (and Gerwig’s) spitfire dialogue and non-stop energy which is clearly an homage to the screwball comedies of the 1930’s and 1940’s but brought up to date in such a smart way, I hope this film gets Oscar recognition. Baumbach is a serious cinephile and clearly he is paying tribute to some of the finest comedies of those early decades, films like Bringing Up Baby, His Girl Friday and It Happened One Night. What makes Mistress America so brilliant is not just it’s easy inclusion in this genre based on dialogue and strong yet wacky female characters, but also in the way the film uses this comedic overlay to examine closer, more in-depth issues. In this case, the ethics of writers (of literature or film but anyone, really) who use real-life characters and their lifestyles as fodder for their work. This idea provides an ironic book-end to Baumbach’s last film While We’re Young (2014) as that film not only deals with authenticity in creativity but also, uses real-life people and their experiences to tell a seemingly fictional story. I should note I found the story in his previous effort rather sneaky and slimy but that’s because I know too much about the backstory and people involved.

As the first two acts played out onscreen, I found myself glued to my seat and giggling incessantly. Mistress America was, and still is, a film I look forward to rewatching many, many times. Gerwig’s Brooke is just so well realized and the dialogue endlessly flowing from her is so effortless and hilarious it’s easy to miss much of it. However the plot soon leads Brooke and Tracy to a wealthy former boyfriends house and while the film still maintains its effervescent style, it really bogs down as everyone finally turns on Brooke, and each other, for myriad reasons.

Although the final act is an inevitable end to this story, it still feels weirdly disjointed and almost tacked on. While I’m admittedly intrigued by the idea of “intellectual property” in the Internet age, I’m not totally sure the plotline that leads Mistress America to the third act quite fits as a place to make the case for or against it. For example there’s an argument in the film about whether or not tweeting out what someone says is an act of appropriation and if so, is this always the case? The recent blowback on social media comedy hack “Fat Jew” provides a nice real-life example to the discussion but here, I felt like the film was headed in a direction away from it’s end destination.

Still, Mistress America is a great film full of humor and an underlying sense of sadness. This is also a classic Baumbach and I noted small nods to previous films of his, particularly Kicking and Screaming where two writers who are dating go at each other for writing down what the other is saying for use in their work. Also, as mentioned Mistress America is very much a sister film to While We’re Young as it deals with creative authenticity in a way I’ve never really seen dealt with before onscreen. With so much garbage in the theaters here, in the sunset of a garbage summer of movies, you should really make an effort to see Mistress America. Cinephiles will love it for the genre nods but everyone will enjoy Greta Gerwig, one of the best emerging stars on film today.