The Diary of a Teenage Girl (Review)

Home » Article » The Diary of a Teenage Girl (Review)

I graduated from a small, predominantly white High School in Northern California in 1989 and that summer, the theater where I hung out showed Spike Lee’s controversial film Do the Right Thing. As a burgeoning film buff I excitedly saw it opening night and was completely mortified and then, soon after that feeling passed, scared and angry. How dare this “racist” filmmaker make a film that encouraged black people to riot? How is it fair that these black people get to destroy other people’s livelihoods – white or otherwise – just because they feel like something wasn’t fair? “If they don’t like the way their neighborhood is headed, they should just move!” I stupidly proclaimed at one point. Hell, I was so angry I was able to quickly craft a conspiracy theory that Spike Lee was encouraging violence from black people by calling the film “Do the Right Thing.” Please note, I was 17 years old at this time.

Luckily, through a little level-headed guidance and some not-so-level headed shouting matches from more insightful people than me, it became clear I had some pretty grotesque views on race and this was even more upsetting to me than the big, bad scary movie I had just seen. I was, at that age, pretty racist and this got to me. I always considered myself forward thinking and fair to all but yes, I had some straight-up racist ideas in my mind from growing up in white areas where it was common to make off-color jokes and assessments of people of color. In short, Do the Right Thing scared me, made me question my fear and where it was coming from and, in the end, affected a change in me. That is great art.

I haven’t been as frightened by a film that spoke to my sometimes backwards internal thinking this much since I saw The Diary of a Teenage Girl by rookie writer/director Marielle Heller (adapted from the novel of the same name by Phoebe Gloeckner). This movie, almost from the moment it started, made me uncomfortable. Why? Because it’s about the power of women and shows a side our male dominated world doesn’t see enough of – the young female perspective. And to be clear, I do love this film and not just because it gave me a jolt and made me reconsider many, many things. This is a great film. Even though it is sometimes shocking The Diary of a Teenage Girl is also a wonderful coming of age story, the likes of which I don’t recall having seen onscreen before. While very serious in terms of stakes and emotional resonance, it also manages to be extremely funny and insightful. The Diary of a Teenage Girl is one of the best films of the summer if not the year. 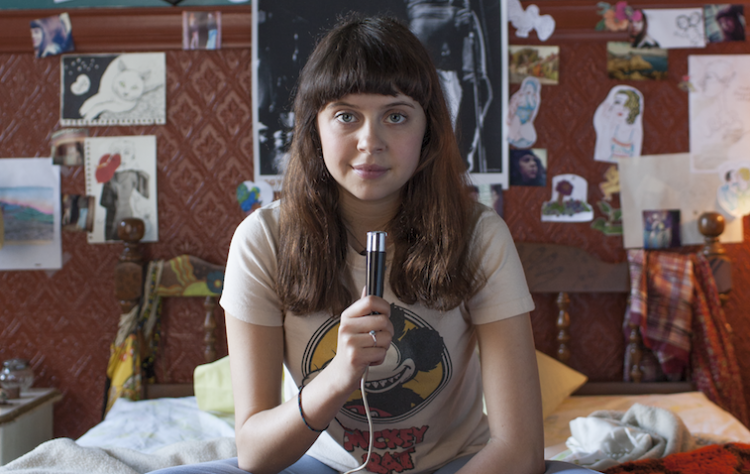 As the film opens, we meet young Minnie (Bel Powley) who informs us all in voice-over narration that she just had sex for the first time. She’s wandering through 1970’s San Francisco as it continues to emerge from it’s post “Free Love” hippy haze and on the surface, a young woman of 16 years old losing her virginity is really no biggie. As the father of a now 7-year old daughter however, this set off terror in my mind. More on that later. We soon learn more about Minnie including she’s a skilled cartoonist who lives with her party-hard mom Charlotte (Kristen Wiig) and unfortunately named little sister Gretel (Abby Wait) in a nice house in San Francisco her mother affords by working at the library. Single working moms in 1970’s San Francisco? Heck yeah! Even the secondary female characters in this film are doing it for themselves. Good stuff even though now they couldn’t afford to live there nowadays. But who can? Also upsetting! Anyway. Charlotte is still trying to re-sow her oats like many women who tried to start a family too young and as such, she’s currently shacked up with beer drinking, big dreaming Monroe (Alexander Skarsgård). At first he seems like a nice enough dude and surrogate dad to Minnie and Gretel but we soon learn he’s incapable of growing up and frequently makes awful decisions, the biggest one of late having to do with the life changing news Minnie shares with us which I mentioned above.

Minnie soon begins recording an audio diary in order to have someone to talk to in regards to her blooming sexuality which has overtaken her every waking, and dreaming thought. These scenes are conveyed brilliantly by Heller through use of animation that appears onscreen as a way to visualize what Minnie is saying or thinking and it’s done in the same style Minnie uses in the film. It’s the best kind of “show, don’t tell” and adds a frequently comedic touch to the film which starts to get increasingly intense the more Minnie expresses herself and learns to harness the power of her sexuality. While tales of horny young love are nothing new another impressive feat of The Diary of a Teenage Girl is the way the audience is along for the ride in a non-exploitive way. Minnie makes some bad, truly gross decisions but rather than show them in a way that would elicit manipulative reactions or guilty feelings that this young talent is being exploited, Minnie quickly realizes these actions (some of them anyway) are mistakes. We literally see her grow as a character and woman before our eyes, one who will strike fear into men by pushing hard to get what she wants and not just sexually.

What scared me about The Diary of a Teenage Girl and ultimately made me realize it’s depth of genius is the way it holds a mirror up to society and the way women are treated sexually and I include myself in that reflection even though I know it’s backwards thinking. And again, I am the father of a young girl so I was automatically put on edge knowing that I have less than a decade to brace for puberty hitting and the film drove that point home more than a few times. But even in scenes where Minnie is talking to other, older women, we see the way society expects her to behave we see the subjugation trend (which is also the name of my new band). And it’s not to say Minnie is out gallivanting all over town (although she does, at least for a little while) the chains people attempt to put on her aren’t just sexual ones but also in terms of her self-expression, particularly in her art work. 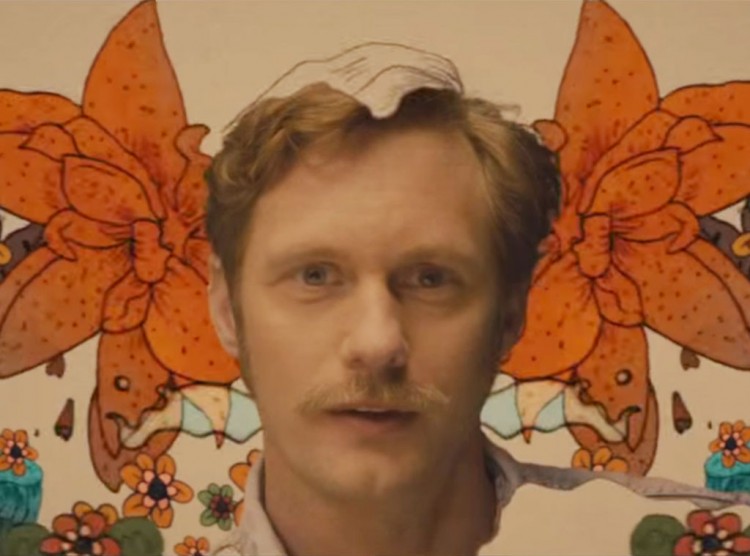 As Minnie’s desires grow her art becomes more and more sexual and in many cases grotesque in nature. This is an amazing reflection that truly gives life to those feelings of young love: Do I look pretty? Am I smart? Am I ugly? Am I in love? Is this person using me? Am I disgusting for my desires? As an older teen these are real issues and Minnie by way of writer/director Heller depicts them through clever and very cool art that resembles Robert Crumb, Harvey Pekar and particularly Ed “Big Daddy Roth of “Rat Fink” fame, true alternative artists of that decade. But when Minnie shares her artwork with friends or lovers, they think she should hide it away as it’s too intense. These are feelings society still does today, particularly in pop culture and The Diary of a Teenage Girl cleverly reflects that and by proxy becomes a timeless story rather than a period piece.

For example, Minnie depicts a lot of things in her art that I found myself cringing at such as huge penises and vaginas in various states of wideness. You know, real unnatural stuff that society has taught us to be scared of seeing or talking about publicly. These drawings help flesh out (no pun intended) another idea the film is getting at in regards to the way it’s acceptable for men to sexualize women in art but how uncomfortable many of us get when the tables are turned. Just as I found myself childishly upset by Minnie’s fascination with dicks the film shows pretty much every male onscreen melting into a puddle of un-masculine goo when confronted by the power of sex. Another brilliant example of mirroring real life.

While The Diary of a Teenage Girl did put me through a bit of an emotional ringer by the time it was over, I felt like I had grown up a bit, much like Minnie does onscreen. She’s a young woman who is strong enough to draw firm boundaries in terms of what she wants and has seemingly learned from past mistakes. This makes the film a completely positive experience. While I certainly don’t want my daughter doing about three-quarters of the things Minnie does in this film, I also now feel that by preparing her to be confident and able to make good decisions as well as communicate feelings, that’s the best hope we have of avoiding teenage girl horror stories. She’s going to make mistakes but I hope she emerges from them as well-realized as Minnie does.

The Diary of a Teenage Girl is probably the most important movie you’ll see this summer and the near-total lack of advertising for it is upsetting. Both writer/director Marielle Heller and star Bel Powley are destined for greatness and you should really make a point to see this film in theaters or keep an eye out for it on-demand, it’s worth your time.