So, I had no idea this was happening but apparently there’s a movie being made called Russ and Roger Go Beyond which details the (in)famous collaboration between America’s most beloved film critic, Roger Ebert, and one of America’s most notorious schlock masters, Russ Meyer. For those who were unaware Ebert, unlike most film critics, actually has a screen credit to his name and it’s for being the co-screenwriter of Beyond the Valley of the Dolls which was directed by Meyers.

Yesterday The Hollywood Reporter dropped the news that fellow chubby bespectacled man Josh Gad would be portraying Ebert and that it had previously been announced Will Farrell will be playing Meyers. Again, I missed the news of the movie so the Farrell thing is a surprise to me as well. Solid casting though! 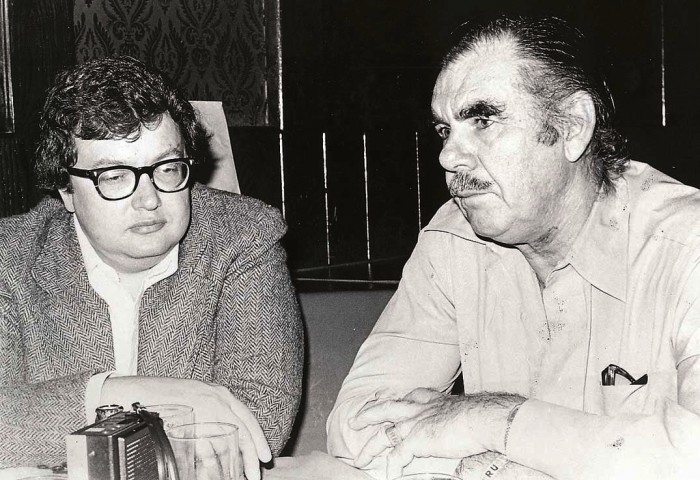 That being said, this could be a pretty amazing movie if done right. By “right” I mean, I hope they make it a down and dirty affair and not some PG-13 “safe” comedy. Meyers was a crazy guy and back then, Ebert was too. The fact that Michael Winterbottom is directing fills me with great, great hope but he’s a pretty hit and miss director. Let’s hope for the best as cameras roll soon.