M. Night Shyamalan is the filmmaker that fans love to hate. 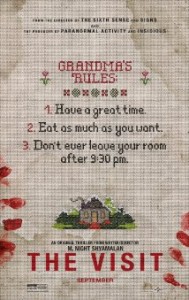 He stumbled out of the gate in the 1990s with a couple of comedy-dramas (the latter starring Rosie O’Donnell) and then struck gold with his third film, The Sixth Sense (1999), a legendary hit and a multiple Oscar-nominee. Since then, he has tried to re-create that film’s unique vibe, a languid, creepy mystery-horror, and always with a surprise twist. Following it up was impossible, but he did okay with Unbreakable (2000), a strange little superhero movie that has its fans. Signs (2002) was another big hit, but soon suffered a strange kind of backlash, and from then on out things just became worse and worse.

The Village (2004), Lady in the Water (2006), The Happening (2008), The Last Airbender (2010), and After Earth (2013) all received critical drubbings — Shyamalan added a film critic character to Lady in the Water, played by Bob Balaban, and killed him off in a most brutal way. And though The Village and The Last Airbender performed reasonably well at the box office, you’d be hard-pressed to find anyone who’d admit to liking them. 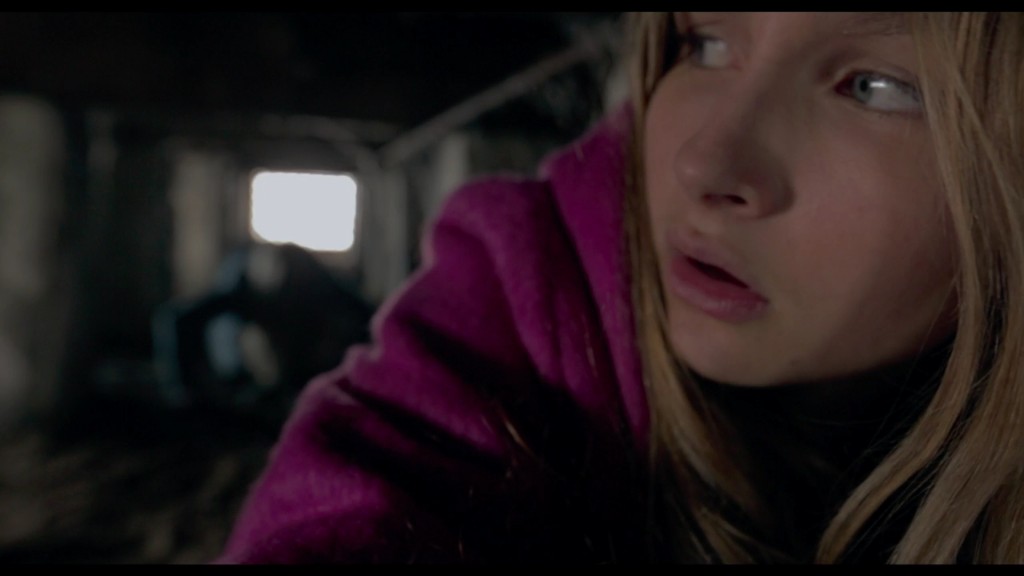 Sometimes it’s good to just pull over and ask for directions, and Shyamalan seems to have done that with The Visit. He decided to take a new road, scrapping the big budgets and scaling back to a “found footage” movie. Yet The Visit still moves with his familiar rhythms; despite what anyone has to say about his screenplays, his directorial style has remained consistent and fascinating. Like the late Wes Craven, he has a true sense of three-dimensional space, and a feel for the way that people (or creatures) move through that space. He knows how to create tension with empty space and timing. Remarkably, the “found footage” genre seems perfectly suited to his skills. (It’s too bad Craven never had a chance to try it as well.)

The Visit begins with its only recognizable star, Kathryn Hahn, playing a single mother of two teens: 13 year-old Tyler (Ed Oxenbould) and 15 year-old Becca (Olivia DeJonge); fascinatingly, Hahn steps aside for the bulk of the drama. But first she explains her history, about how she fell in love with an older man, how she became pregnant, how her parents disapproved, and how she ran off and never looked back. She severed all ties with her parents and has not seen or spoken to them in 15 years. Until now. Becca and Tyler are invited to stay with their grandparents for a week on a remote farm. Mom, meanwhile, will have a much-deserved vacation with her boyfriend, with the approval and encouragement of the kids. Becca decides to make a documentary of their trip, justifying the “found footage” angle. 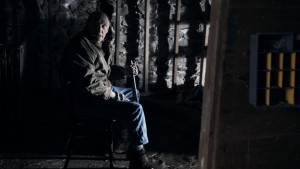 A train ride later, and the kids are met by Nana (Deanna Dunagan) and Pop Pop (Peter McRobbie) and prepare for a week of gettin’-to-know-you. As shown in the trailer, many strange things happen, but miraculously, the trailer is — for once — deliberately misleading. The kids are told to stay in their rooms after 9:30 p.m., and the reason is that Nana gets “sundown” syndrome, and goes a little nuts. We see her scratching at the walls and skittering along the floor, but that’s it. The next day Pop Pop explains it to them. Likewise, Tyler begins to investigate Pop Pop’s mysterious trips to the barn and discovers that he has incontinence, and he hides his soiled adult diapers there. Nana explains that it’s because he’s proud and doesn’t want anyone to know.

Everything is explained, and yet, somehow Shyamalan manages to keep a slight amount of unease going. Something is still wrong, somehow, somewhere. Like, for example, the fact that Nana accidentally spilled some biscuit batter on the kids’ computer, right where the camera is so that mom can’t see what’s going on. One night, the kids decide to hide their camera in the living room to record the creepy goings-on, and the resulting shot is one of Shyamalan’s best moments, managing to startle without actually giving anything away. If the movie has a flaw, it’s that Shyamalan’s fans — or, if it’s not quite right to call them fans, then the people who are familiar with his work — will be looking for clues to the “twist.” What the twist is, and whether there actually is one, I’m not saying. 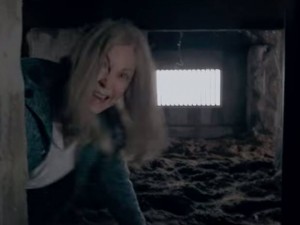 The Visit shows off some of Shyamalan’s best work at deception and sleight-of-hand, and part of that is the four principal players, all perfectly cast. As Nana, Dunagan can be sweet and even pretty in some scenes, and positively terrifying in others. McRobbie, Pop Pop, is big and sturdy, with a face that can switch easily from blankness to menace. Then, the kids are a real find. Rare for a horror film, they are both incredibly smart and savvy, and for once their situation cannot be blamed on stupidity. (See The Gallows for a recent example of “found footage” horror done wrong.) They are given incredible riches to play with; Tyler is a would-be rapper and fancies himself a ladykiller, ready with a wry quip for any situation. He sometimes diffuses tense situations with a well-timed line reading. Becca hides some kind of deep pain behind a razor-sharp intelligence. As she works on her documentary, she uses cinema studies terminology like other kids use selfies.

Kids seem to figure strongly in Shyamalan’s work, and when they have a clear voice, he might be at his best. He seems drawn to lonely kids, troubled kids, and knows that a little bit of jeopardy can help snap them back into place. (Even Samuel L. Jackson’s character in Unbreakable is just a big kid, trying to find something that was missing from his childhood.) I think Shyamalan is to be congratulated for this new self-exploration, finding once again what it is he wants to say.

Whether The Visit will be a “comeback” remains to be seen, but it shows a troublesome filmmaker taking command of his career and coming back, refreshed, to the fight.