Finding Nemo may not be ranked in the top of all the Pixar movies, but it’s a sweet, funny, venerable film so news of a sequel, Finding Dory, was pretty well received. The studio also did right by, well, the world by going back and reshooting the films ending which apparently painted a Sea World-like theme park as a nice place for living creatures that swim to end up at. I think Blackfin proved that probably isn’t the case so kudos to Pixar for doing the right thing.

So, this week we finally get a peek at Finding Dory and I gotta say it looks pretty damned….eh…o.k. I guess? I think this is just a quick tease and the idea they seem to be hitting on (ie; reminding viewers) is that Dory is a space case and has severe short-term memory loss. If you haven’t seen the film lately, it’s a clever move by Disney/Pixar to remind you of this as it will probably play a major role in how she needs finding. The trailer is cute and below is the poster which is basically the Finding Nemo poster repurposed with the word “Dory.” 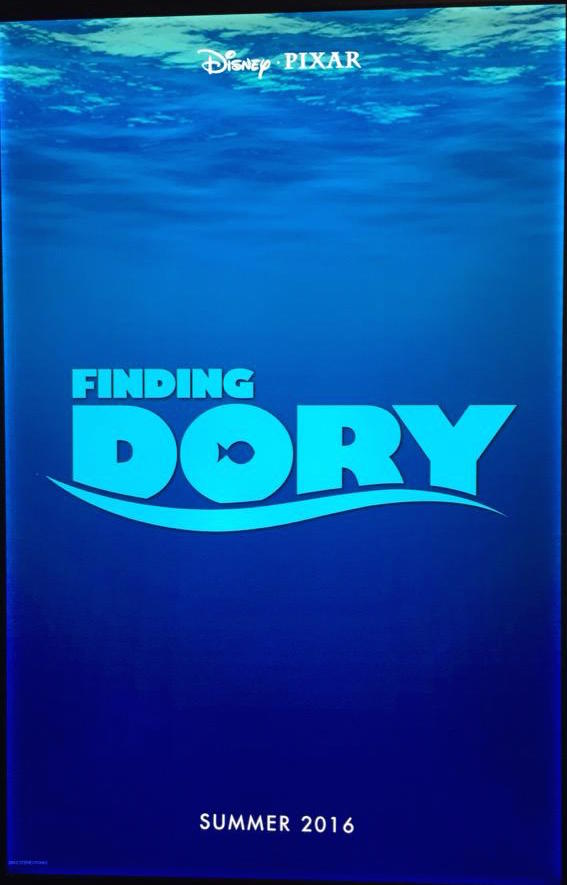