Day Eight of the Flick Nation “12 Days of Star Wars” continues as the Flick Nation Rebel Alliance (Don, Steven and Dennis) give their rankings of the Star Wars films and offer a brief defense for these choices.

O.K…so the time has come for us to rank our favorite Star Wars movies and whenever I lay mine down, I get a lot of flak. That’s cool though, I’m a big boy. Here’s my ranking from favorite to least favorite….

My reasons are thus: The original Star Wars really isn’t a very good “movie” as a whole. I’ve recently rewatched it twice and while it has indelible, classic moments it’s kind of clunky. It really doesn’t flow that well and it lags a bit in the middle.

I feel like Revenge of the Sith beats it out because that movie simply doesn’t screw around. It’s brutal and Anakin’s full joining of the darkside is executed wonderfully. I feel like the movie gets a lot of pushback because of the Darth Vader “NOOOOooooo!” moment and to be fair, that is pretty unintentionally hilarious, but as a whole the movie perfectly sets up what we’ve already seen. 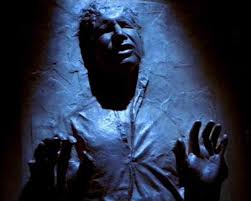 Preface: I will NOT be referring to the original 1977 Star Wars as “A New Hope.” It was, is, and forever more shall be “Star Wars” to me.

Yes, yes, as the years passed and the technology improved, the sequels and prequels got a lot more whiz-bangy, but the Original Trilogy of Star Wars, The Empire Strikes Back and Return of the Jedi are one, two and three in my countdown.

Was the story in Empire more compelling? Were the effects better? Were the performances more fleshed out and nuanced? Was there 100% more Lando Calrissian?

Of course, yes to all. But it all started with that original, derivative, slapped together, clunky initial effort by Lucas and company. You can slap on a fresh coat of paint and add all the bells and whistles you want, but under the hood is the engine that moves the franchise: The original Star Wars.

That first film had a charm, that ever-elusive lightning in a bottle that touched the film industry as well as the global zeitgeist, literally changing the face of pop culture.

Much like the way the one-two punch of the Space Race in the ‘60s combined with the popularity of the original Star Trek series sent many fans to become astronauts, doctors and scientists, Star Wars sent hundreds into film schools and effect houses around the globe to create the next generation of filmmakers.

Sure, Spielberg’s Jaws is considered to be the film that created the Summer Blockbuster in 1975, but the Star Wars franchise got handed that football in May of 1977 and ran it into the endzone.

Disney spent 4 billion dollars to buy Lucasfilm, including Star Wars, and if The Force Awakens is even halfway decent, it stands poised to become the biggest box office film in history.

Jaws? It has a rubber shark on a track at Universal Studios.

The prequels are, to be honest, just a footnote for me. I always like Liam Neeson, and Ewan McGregor is quite good as Obi-Wan Kenobi, but I never felt a spark from any of these films. Sure, the blowing shit up set pieces were good, the lightsaber duels were good, but the character of Anakin, as portrayed by both Jake Lloyd and Hayden Christensen just let the air out of the tires every time they were on screen.

I was either rubbed the wrong way or just didn’t care about trade wars and dime novel romance and the desperate, ham-fisted attempt to inject some humor into the proceedings by shoehorning a Stepin Fetchit inspired Gungan into the mix.  Every scene with Jar Jar Binks was like watching an entirely different movie. All of a sudden we went from Star Wars to Roger Rabbit in Space.

I honestly can’t tell you how many times I saw the original trilogy in the theatres and on home video and theatrical re-releases, but it’s a LOT.

By comparison, I saw The Phantom Menace twice in the theatre, and both Attack of the Clones and Revenge of the Sith only once. I own the entire series on digital media, but have only watched the prequels once, and that was quite some time ago.

As when Irvin Kershner stepped in with Lawrence Kasdan and Leigh Brackett and made the masterful The Empire Strikes Back, we can only hope for the same redemption of the franchise with JJ Abrams at the helm.

And don’t get me wrong, Thank the Maker for George Lucas. Without him, none of these thousands of film makers and millions of fans around the world would have this galaxy far, far away to play in. 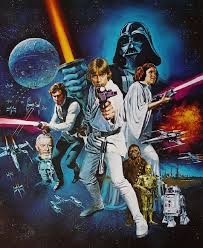 #1 THE EMPIRE STRIKES BACK

Well, duh. Empire is not only one of the greatest films ever made, I contend that it’s the reason we are still excited about Star Wars today. Think about it: if Empire was instead Star Wars II, a retread with exactly the same feel and celebration at the end, then we’d be talking about those movies from 30 years ago that we like when we were kids. But when Empire came along and deepened the gravitas, the mysticism, and – holy crap,that ending – we discovered ambiguity, gray lines between good and bad and all the shadings in between.

The 1977 original will always remain one of the most magical film experiences of all time. We had simply never seen anything like it, not as kids coming of age at the cinema, not in terms of merchandising, nor pure visceral storytelling. Sure, those among us have recently pointed out the clunkiness and even-tempered pacing, but watch it again and realize that every single scene introduces something new, weird, and unexplained!

And that’s the key part here. Nobody stops the movie to explain anything. We see stormtroopers, a breathing black-masked dude, something about a princess and a rebellion, droids with missions, stinky Jawas who also happened to sell robot parts, twin suns, and learn about a far-flung war that people heard about in the farthest reaches of the galaxy. All of that is casually introduced and never expanded upon. And that’s just the first 20 minutes!

#3 REVENGE OF THE SITH

Dammit, this one hurts. The only reason Revenge of the Sith places higher than Return of the Jedi is because Jedi represents the moment when George Lucas became more interested in selling teddy bear toys than telling a story. But I’ll complain about that one in a moment. There are many aspects of Episode III that work, and work well. I still say you can shave a half hour off the film if we just cut every shot of a ship taking off or landing, but that’s just me.

It also seems this was the only prequel that really interested George Lucas. From the long and energetic battle sequence that opens the film, to the literal hell planet that sees Anakin’s ultimate transformation into Darth Vader. Revenge of the Sith gets more right than it does wrong. That said, you still have Hayden Christensen’s whiny performance, Padme dying because she “lost the will to live,” a chase that involves Obi Wan riding a big lizard, and a freshly-barbecued Anakin being stuffed into his Darth suit before he stops smoking!

#4 RETURN OF THE JEDI

Right, so back to Jedi. After the ball-busting finale of Empire Strikes Back and the ambiguity of not knowing what would happen to our heroes, Episode VI drops us into the middle of a rescue mission, and introduces us to the vile slug-like gangster Jabba the Hutt (and, ahem, Princess Leia’s slave bikini). All of this is fine, except it takes 45 minutes of precious screen time to get to the end of this adventure before heading into the finale.

That’s right, Jedi only has a beginning and an end – no middle, no connective tissue, nothing but perfunctory answers. And did we really need Luke and Leia to be brother and sister? Jedi is the film that convinced me that Lucas was making all this up as he went.

There’s a great book called Empire Building by Garry Jenkins that details the fallout between producer Gary Kurtz and George Lucas between Empire and Jedi. Kurtz hated the idea of a second Death Star and making it all about the teddy bears at the end, and he got his walking papers. The rest is history.

#5 ATTACK OF THE CLONES

I will defend the second half of this film for its crazy arena sequence and boffo Count Dooku-Yoda smackdown in a bar fight any day of the week. But it was clear that George Lucas wanted his Titanic and crafted his doomed love story between Anakin and Padme as such. What Lucas didn’t realize is that Titanic also had, like, the Titanic in it. Some of the “romantic” dialogue between Anakin and Padme is some of the most cringe-worthy dialogue ever spoken by actors.

I’m not even going to pick on Episode I for the reasons that everybody else does. I ignore Jar Jar Binks, and can chalk up Jake Lloyd’s horrible performance to the fact that most kid actors suck. No, my problem with Phantom Menace is that there is no reason for this movie to even exist. There’s absolutely nothing that will ever come up later on. Bad-ass Jedi Qui-gon Jinn (Liam Neeson) is introduced … and killed. Bad-ass freaky Sith Darth Maul is introduced … and killed. So why bother?

So, there you have it. Three dudes with three pretttty different rankings. What are your Star Wars franchise rankings? Chime in below in the comments or join the discussion on our Facebook Page.