It has a name, and just like Beyonce dropping a new video out of the blue, nobody expected to see Jason Bourne’s smiling mug during the Super Bowl. But BOOM! We have our first footage of the movie to reunite Matt Damon and director Paul Greengrass, and to try and make us forget about that really bad Jeremy Renner sidequel.

That’s how badass this movie is. They’re not even trying to confuse us with a long word in the title this time. We’re sure a proper trailer will follow soon.

IRONY ALERT: Remember when Casino Royale was positioned as being more Bourne-like? Well, take a look at the phrase on the poster and then listen to the awesome theme from Casino Royale. Notice anything? 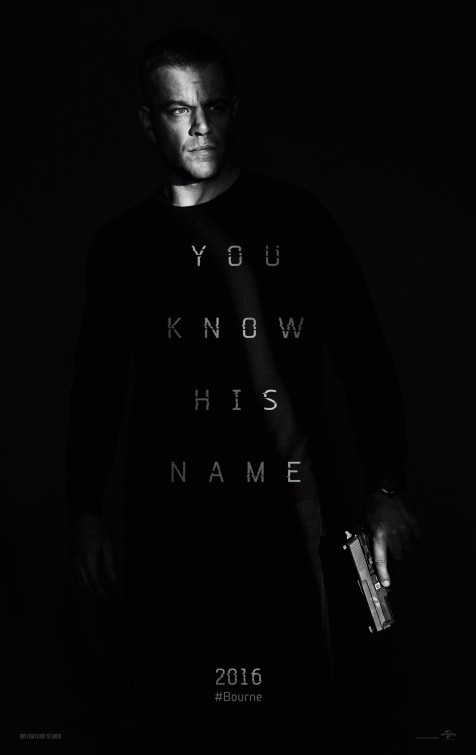