The Trials of Jimmy Rose (Review)

Just stare into the face on the cover of this British DVD set and you know that Ray Winstone, in order to play titular Jimmy Rose, knows what a long-term convict should look like on the day of his release from prison.

Hey, Ray himself went through some personal hells as a professional boxer before he became an actor, winning as many as 80 slam-wham medals and awards for the British Empire. And wasn’t it fitting that his first professional attempt at acting should be a play called “Scum”? Since then he’s earned 15 acting nominations and has won 12 awards having brought his special tough-guy persona to such works as The Departed, Sweeney Todd, Nil By Mouth and 44-Inch Chest. So you know he’s more than ready to give a grizzled edge to his latest crime-world related role. 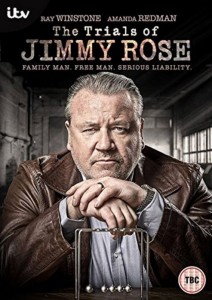 As for one-time armed robber Jimmy Rose, it’s been 22 years of being locked up in the joint, and now he’s free. Well, not quite. There’s going to be ample problems at home, most of them ironically touching the break-down of law within his own family, the one he unwillingly deserted more than two decades ago after crushing the law almost to death.

First there’s the matter of his beautiful blonde wife Jackie. (It’s no coincidence the producers chose Amanda Redman to play Jackie because she and Winstone first scored together in the 2000 crime thriller Sexy Beast.) But don’t hold your breath thinking Ray is gonna score with Jackie, who thinks of herself as a prison widow. He got himself thrown into the slammer, leaving the family vulnerable to serious social problems, and she’s been having this affair with . . . but hold it, more about Jackie’s climactic rendezvouses later.

Right now we’re dealing with Jimmy’s return to civilian life. Okay, he accepts a job working in a large hardware store, and at least nothing is wrong with his son Joe (Tom Cullen), except for the fact Joe utterly hates his father and wants nothing to do with him. But there is a serious problem with his granddaughter Ellie (Montanna Thompson), who was once high on drugs and, though recovered, is living in squalor with a drug dealer, who seems sweet on enough, except for the fact he owes the drug syndicate more money than he’ll ever be able to pay.

Enter some pizza parlor guys connected to some gangsters Jimmy Rose once knew and our ex-con is trapped in new criminal complications. And when Jackie’s car is blown up, you can bet the look on Winstone’s face toughens even greater than before. And Mr. Nice Ex-Con completely goes to hell when he finds out that the plainclothes officer (John Lynch) investigating the explosion is the guy . . . ahem, Jackie’s been hanging out with. You know, those secret rendezvouses . . .

What it all finally comes down to in three one-hour episodes is whether Jimmy Rose can find a way to juggle the good forces and the evil forces in order to avoid going back to prison. The acting, especially by Winstone, is consistently excellent thanks in part to a well-trained director, Adrian Shergold, and the scripting by Alan Whiting. 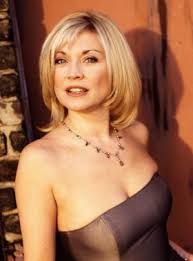 One more note about Amanda Redman. For ten seasons she portrayed Detective Superintendent Sandra Pullman in 84 episodes of New Tricks (2003-2013), a superb British series in which she headed up a squad of retired policemen who have volunteered to come out of retirement to solve “cold cases” – old crimes that were never solved but which have been reopened through circumstantial evidence. She demonstrated incredible finesse in handling all the personal issues surrounding her co-workers, and showed a sexy side that has made her memorable to a generation of world-wide TV watchers. In The Trials of Jimmy Rose, she once again demonstrates her special talents as she maneuvers cautiously through a male-dominated world.