Jesse Moss’ feature documentary The Bandit tells a number of stories, the most obvious being the story of how a stuntman persuaded execs at Universal Studios to give him $5 million to make a trucker comedy when he’d never written or directed before. But it’s also the story of wild ambition, unchecked ego and the eternal friendship between two men so similar, they became lifelong mates. 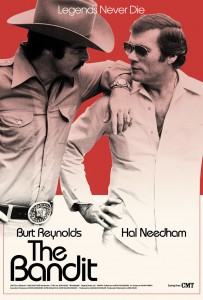 This is the story of Hal Needham and mega-star Burt Reynolds. Needham was the son of a dust farmer, with life options that led him straight into the military. As it turns out, he was pretty good at jumping out of planes, which led to a career as a Hollywood stuntman.

There is nothing that Needham would not do: jump out of plane onto a moving horse, fall three stories into a pile of rubble, get lit on fire, drive a rocket car going 600 miles an hour, or jump a vehicle from land to a moving barge. He started a very successful stunt player company and found himself in demand. But what he really wanted to do was direct.

Reynolds started out making bad TV, but his rugged good looks would turn him into the biggest movie star on the planet. Despite the fact that he was capable of doing most of his own dangerous stunts, Needham doubled for the really crazy stuff. Two men, one legacy. Flatmates and best friends. When one of them needed the house for a 3-day date, the other one just found another place to be. 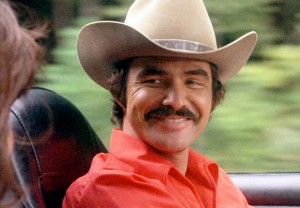 And when Hal Needham came up with a cockamamie plan to write and direct a movie about illegally transporting Coors beer across state lines, he was told there was no way in hell he would get Smokey and the Bandit made unless it featured a big star. Lucky for him, his best friend was Burt Reynolds.

Reynolds yearned for another life as well. He was a classically-trained actor but always seemed to settle for playing a slightly dangerous good ol’ boy instead of challenging his image. He found his way into John Boorman’s harrowing classic Deliverance. But because of a recent nude appearance in Cosmopolitan magazine – a stunt he instantly regretted – Reynolds found himself on the pre-Kardashian side of tabloid fodder instead of being celebrated for his powerful performance. 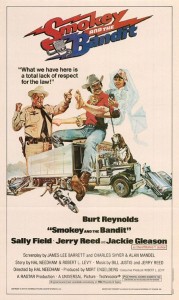 And so it went, for a decade. For every Deliverance or Starting Over, there were five Cannonball Runs and Stroker Aces.

To be fair, only the broad strokes of Smokey and the Bandit are covered here. We learn the genesis of the story, which came from a weird loophole that prohibited Coors beer from being sold east of Texas.

There is a little tale about how Jackie Gleason (brilliantly) made up all his lines and created the character of Buford T. Justice out of thin air. And of course, the unexpected cultural impact of Smokey, not to mention it’s stunning box office, at one point second only to Star Wars.

There is a touching story about an onset romance, and a scary tale about a stunt gone wrong. It’s all the stuff of bonus features on the DVD.

But one moment which is practically glossed over is particularly illuminating: why did the competitive Reynolds refuse to appear in any more scenes with Gleason after that the one classic exchange in the “choke and puke?” 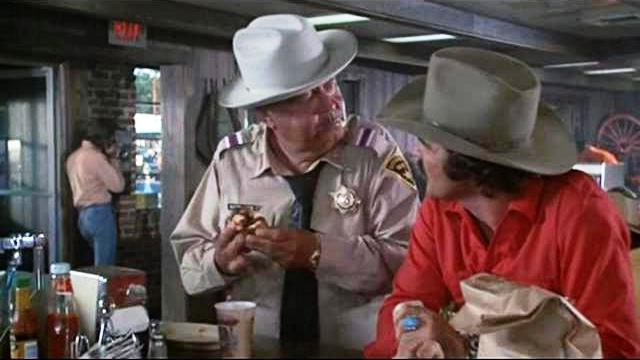 Reynolds knew how good he could be but he must have sensed his limitations against a master such as Gleason.

And even though the movie never comes out and says it, ego’s eternal and wicked bedfellow is insecurity. Burt had the confidence and the swagger, but was it all an act? His frail appearance now is almost shocking – a combination of pancake makeup and plastic surgery that bear no resemblance to the cocksure stud who always had a devilish twinkle in his eye.

If Burt Reynolds overthought it, Hal Needham went the other way. Stardom came easy to Reynolds, but respectability did not. Needham had the opposite problem: he was the best in the world at what he did but never became a household name on his own. The less said about that failed line of action figures, the better.

The Bandit only scrapes the surface of this enduring lifelong duality, but the eternal truths are inescapable. Needham’s frothy comedies were always best when they were grounded by two guys with an unshakeable bond. 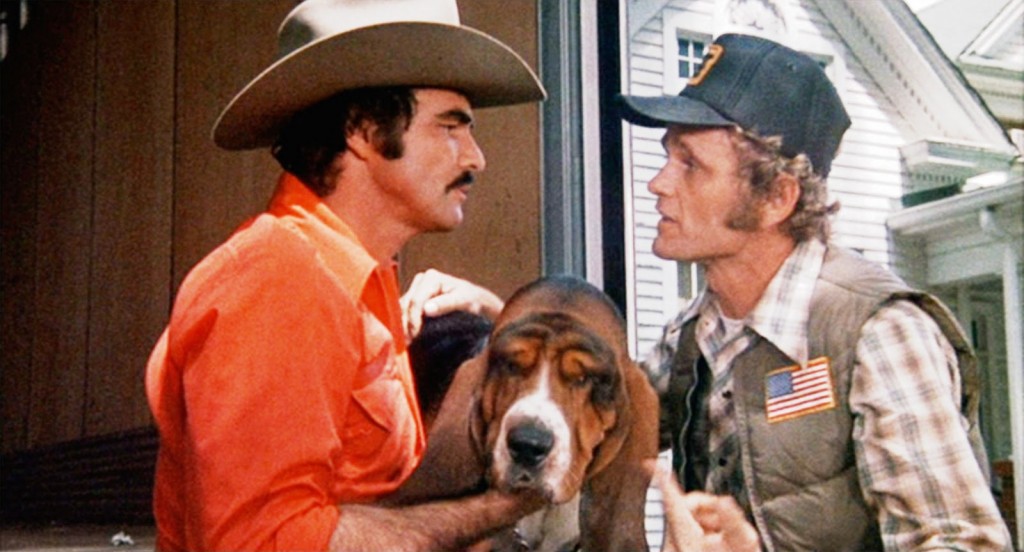 In Smokey and the Bandit, it was Bo Darville (Reynolds) and Cledus Snow (Jerry Reed) – lifelong brothers who knew each other so well that even a 28-hour caper to steal beer turned into a push-and-pull over each other’s strengths and weaknesses.

So, yeah – Jackie Gleason and dimwitted Mike Henry were hilarious together. The movie added “sumbitch” to the lexicon. But maybe there was something universal about the Bandit and the Snowman that still resonates 40 years later. Maybe that’s why grown men have watched this film hundreds of times (guilty as charged).

Maybe it’s really just the story of Hal and Burt.