Beacon Point is a surprising indie horror gem about a hike in the woods that goes bad.

There are hidden revelations, an evil entity, gory murders and a fetching heroine. We’ve seen it all before, which is why Eric Blue’s film is refreshing in its ability to engage early and sidestep the obvious beats. 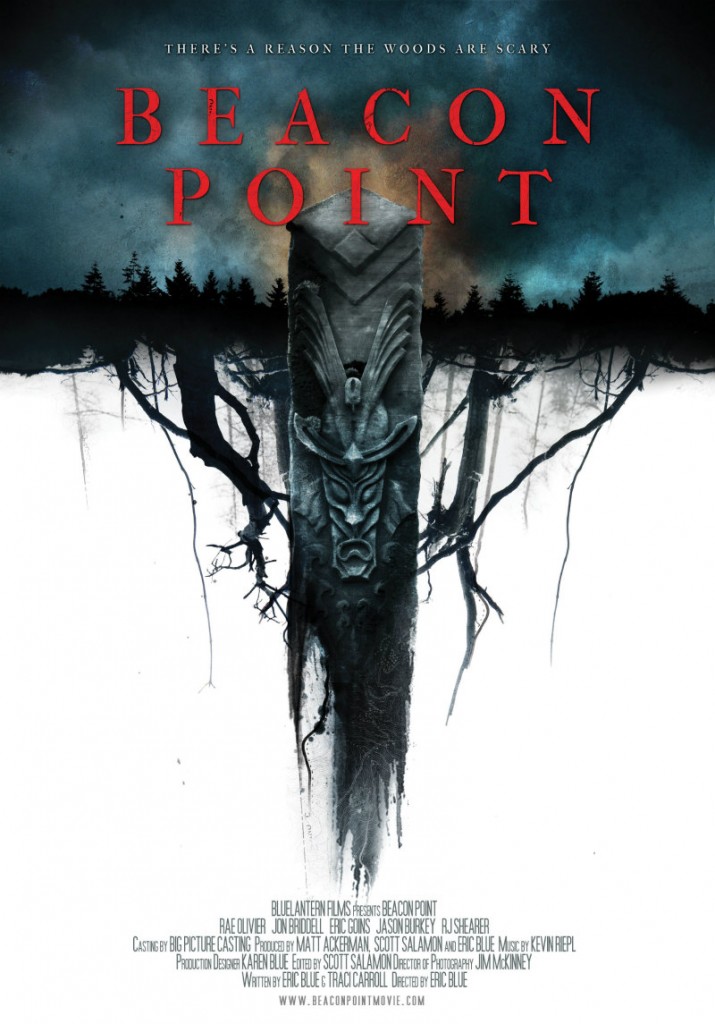 A group of randomly-assembled hikers on the Appalachian Trail become lost. Zoe (Rae Olivier) has a very personal reason for the trip. Cheese (RJ Shearer) and Brian (Jason Burkey) are brothers on a weekend lark. Trailmaster Drake (Jon Briddell, a Bruce Greenwood soundalike) has a few secrets too. It’s revealed early he has a felonious past but that doesn’t necessarily make him evil. But then he accidentally causes a death before leading the group into the woods…

It helps that Beacon Point invests in character and mythology early, even if it seems as if it’s the same haunted forest as The Blair Witch Project (not an insult). Answers are sparse and in the end, the ancient evil is still never entirely explained.

Unlike other films that send a group of hapless travelers into the forest only to have everything come down to whatever the Big bad is, Beacon Point keeps bringing us back to Zoe and Drake. Olivier (credited as Rachel Marie Lewis in The House of Good and Evil) is earthy and has a very simple imperative that drives her actions.

Briddell’s Drake is harder to peg. Neither villain nor anti-hero, the screenplay (from Blue and Traci Carroll) keeps refining how we see his character, which makes him a wild card.

Although this is Blue’s feature debut after a number of short films, his directorial style is assured, and he knows well how to use his environment for maximum impact. He also knows when to fold his cards when it comes to the gore. Oh, it’s plenty gory – but it’s not an assault on the senses, which makes it more effective.

No telling what the budget was, but it doesn’t matter. Beacon Point is an gripping thriller with solid performances and a fairly high creep factor.