And away we go.

I waited until the last possible second this year, mainly because I hadn’t seen everything – and still haven’t. But the great thing about the Oscars lately is that you don’t have to have seen everything to accurately predict them.

Granted, 2012 was a stronger year than expected. But it doesn’t change the fact that once a film garners enough momentum to become one of the “anointed ones,” very little can get in the way of destiny. Oh sure, there’s the occasional controversy, but predicting the Academy Awards is something anybody paying close enough attention can do in November.

I’ve had a pretty good record in the past, generally predicting four out of five and a good 90% of the best picture nominations. For the last decade, I have been five for five in choosing the best actress nominations, but this could be the year!

The current rules allow for anywhere between five and ten nominees. This list follows the producers guild nominees to the number nine. It remains to be seen whether Skyfall will become that 10th film, and the first James Bond film ever towards best picture nomination. On the one hand, it could happen. At the BAFTA awards, Skyfall nabbed eight major nominations, more than Argo. On the other hand, the Producers Guild also nominated crowd-pleasers such as Apollo 13 (1995), Star Trek (2009) and The Dark Knight (2008), neither of which wooed Oscar.

In September, I would’ve picked Phoenix to win. But the movie had no traction at the box office, the category swelled with incredible performances, and then there was a small matter of Phoenix talking about how stupid awards were. My heart tells me Phoenix bumps Jackman, but my head knows that the prickly actor’s comments will be taken to heart, no matter how brilliant his performance in The Master.

The first four are a done deal. The only question remaining is whether Oscar will nominate its youngest (Wallis) or oldest (Riva) actress ever. Both Riva and Wallis have equal heat, but Riva was shut out of the Screen Actors Guild Awards on a technicality, so sympathy might give her the advantage.

Another incredibly tough category. The first five look like a lock but if Bardem’s crazy 007 villain doesn’t make it, McConaughey will slip in on the strength of his FOUR great performances last year. Magic Mike is the studio film, but if Oscar wants to be a risky, it would honor McConaughey for Killer Joe or The Paperboy. If I were voting, the category would look completely different, not the least of which including Samuel L. Jackson wily head slave from Django.

No guts, no glory time.

Fields, Hathaway, and Hunt have been the forerunners the entire time. Even though Joaquin Phoenix’s mouth might cost him the nomination, Amy Adams’ Lady Macbeth-like turn in The Master will give the young actress her fourth nomination. That leaves Ann Dowd as the surprise here. Compliance was one of the most memorable and disturbing films of 2012, and Dowd was incredible. Of course if I’m wrong, expect the venerated Smith to take her place.

This is the toughest category of all. It’s almost impossible to consider that Spielberg, Bigelow, Affleck, and Lee would not be considered. That leaves Tom Hooper, a previous winner for The King’s Speech, representing a film the equally loved and hated, but a hit nonetheless. As an alternate, Tarantino has once again delivered a singular vision with Django, a movie considered to be one of his best. Anderson, Haneke and Zeitlin have all earned end-of-year props as well.

In the end, barring a Lincoln surge, Argo will win best picture and best director. Daniel Day-Lewis will take Best Actor, but the rest of the categories are up in the air. If Riva is nominated for best actress, she’ll win. And I think it’s fair to say that Supporting Actress will come down to a battle royale between Hathaway and Field, the edge going to Hathaway. 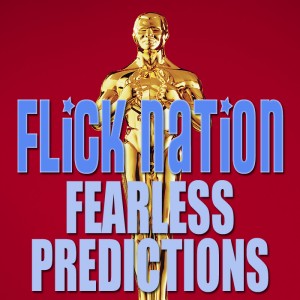